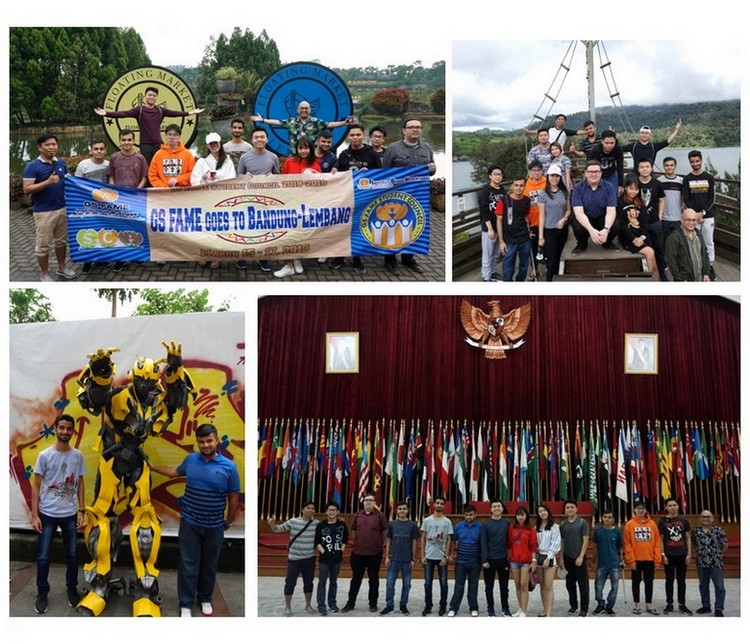 The GS FAME students enjoyed their 3-day Field Trip to Lembang-Bandung. They visited many places to learn more about the history of Bandung as well as enjoy the natural beauty of Lembang.

On the first day, 15 March, the group headed to Lembang from Jakarta and directly had a delicious Sundanese lunch at the Balibu Restaurant. After a hearty meal, the group headed to The Lodge Maribaya where they took group photos and selfies with a lot of instagramable views and backgrounds. After the lodge, the group went to the Floating Market where they had enjoyed various type of snacks using their Floating Market coins. The group then went to their last destination, Farmhouse, where they enjoyed the fresh milk and the sceneries. The group wrapped-up the day by visiting Rumah Mode. The participants took their evening rest at the Dafam Hotel Rio located in Riau Street in Bandung.

Day 2, Saturday, 16 March, the group left the hotel early in the morning to begin their Ciwidey, Bandung Tour. The group visited Kawah Putih where they enjoyed the place while taking photos on the white crater lake. Kawah Putih is one of the two craters which make up Mount Patuha, an andesitic stratovolcano. Mount Patuha is one of numerous volcanoes on Java. After seeing the crater lake, the group headed to Glamping Lakeside Situ Patenggang to visit an artificial ship that is also a restaurant. They crossed a wooden hanging bridge to get to the place and took some photos while 0n the ship. The group enjoyed their free time after they got back to the hotel. Most of them looked around the vicinity and enjoyed hanging-out in some popular cafés in Bandung.

On the last day, Sunday, 17 March, the group did the City Tour in Bandung. The participants passed by the Gedung Sate, and visited the Gedung Merdeka, where the Asia-Africa Conference Museum is located, they learned more about the Bandung Conference which took place on 18-24 April. The group then visited the China Town where they took their lunch and at the same time enjoyed taking photos of every instagramable rooms around the place. The group shopped in Kartika Sari for some ‘oleh-oleh’ for their loved ones before heading back to Jakarta. In the evening, the participants arrived safely in Jakarta.

See you again on next year’s GS FAME outing and field trip.